This paper represents an overview of Value Added Tax (VAT) in Bangladesh. It depicts the basic features of Value Added Tax and its implication, and importance in the growing economy of Bangladesh. Bangladesh faces many problems in raising sufficient tax revenues to fund its economic and social development. To address this problem and to improve economic efficiency and growth, a major tax reform program was initiated in 1991 which centered on the introduction of a value-added tax (VAT) to replace a range of narrowly-based consumption taxes. This study works as a linkage between theory and practice on Value Added Tax.  The article represents the  social  and economic development of  the country  with the basic awareness which  is going at a steady pace among the  people and the organization considering it as a key  to further  economic Development. The awareness of Value Added Tax (VAT) is not very old, but still within a short span of time it has shown a remarkable change in the corporate sector and the economy of the country. It has developed a complete sense of care and responsibility towards the country and the welfare of the people. 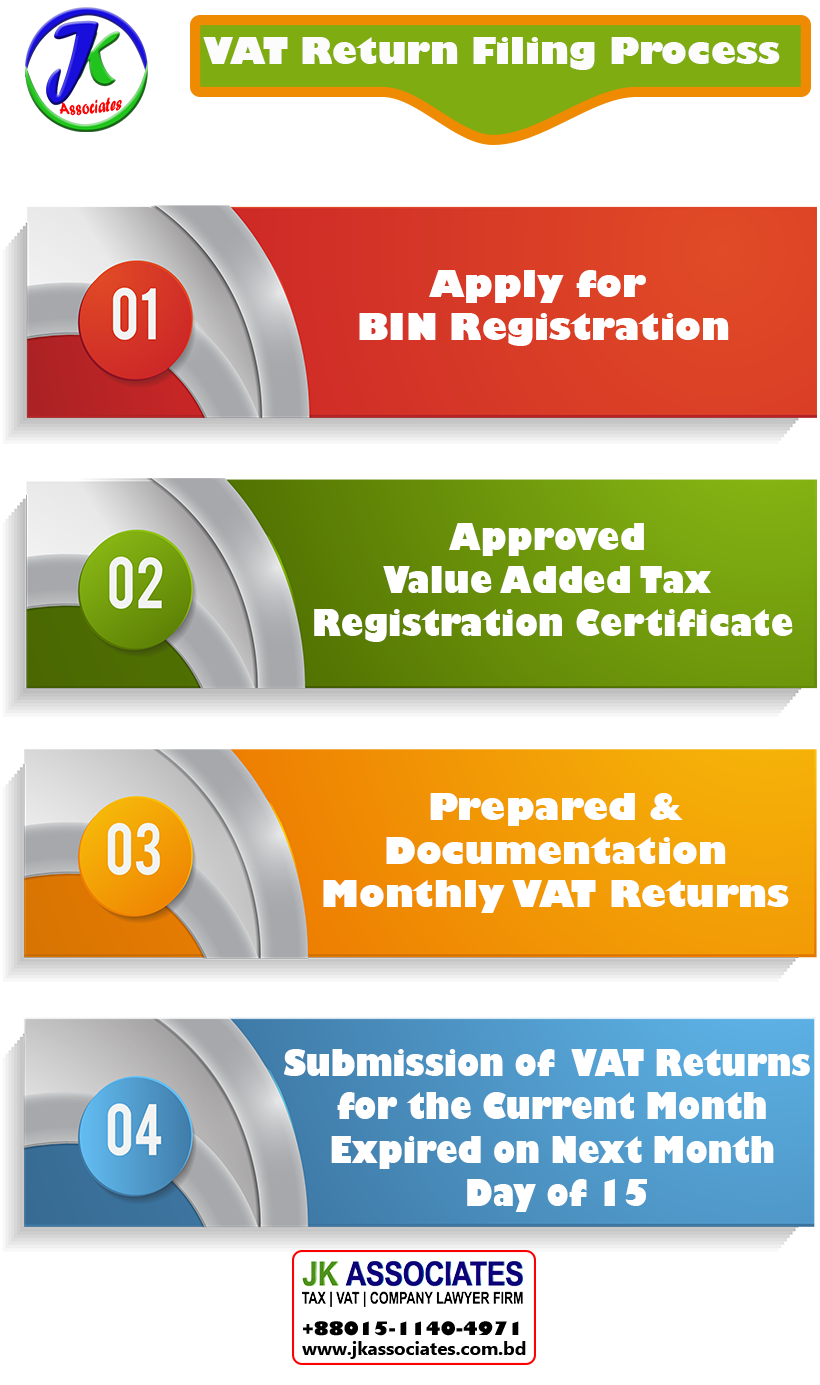 In the following pages of this article, the activities related to Value Added Tax in view of Bangladesh are discussed to define a clear picture regarding the basic awareness and development of VAT in Bangladesh. The basic objective of this article is to provide a basic understanding of VAT and its implications which results in the betterment of the people and the country.  This study is based on the secondary work previously done by different government and private organizations, over a span of time as well as website information and other internal reports.  The study was basically carried out through secondary information as well as discussions with the government officials.  Before discussing the development, implications, and importance of VAT, an overview of VAT will be helpful to create a platform of understanding of the terms and concepts of VAT.

A value-added tax or value-added tax (VAT) is a form of consumption tax. From the perspective of the buyer, it is a tax on the purchase price, whereas, from the seller‘s point of view, it is a tax only on the "value-added" to a product, material or service, at the stage of its manufacture or distribution. The manufacturer remits to the government the difference between these two amounts and retains the rest for themselves to offset the taxes them

Had previously paid on the inputs. The "value-added" to a product by a business is the sale price charged to its customer, minus the cost of materials and other taxable inputs. A VAT is like a sales tax in that ultimately only the end consumer is taxed. It differs from the sales tax in that, with the latter, the tax is collected and remitted to the government only once, at the point of purchase by the end consumer. With the VAT, collections, remittances to the government, and credits for taxes already paid occur each time a business in the supply chain purchases products.  Personal end-consumers of products and services cannot recover VAT on purchases, but businesses are able to recover VAT (input tax) on the products and services that they buy in order to produce further goods or services that will be sold to yet another business in the supply chain or directly to a final consumer. In this way, the total tax levied at each stage in the economic chain of supply is a constant fraction of the value added by a business to its products, and most of the cost of collecting the tax is borne by business, rather than by the state. Value-added taxes were introduced in part because they create stronger incentives to collect than a sales tax does. Both types of consumption tax create an incentive by end consumers to avoid or evade the tax, but the sales tax offers the buyer a mechanism to avoid or evade the tax—persuade the seller that he (the buyer) is not really an end consumer, and therefore the seller is not legally required to collect it. The burden of determining whether the buyer's motivation is to consume or re-sell is on the seller, but the seller has no direct economic incentive to collect it. The VAT approach gives sellers a direct

Financial stake in collecting the tax and eliminates the problematic decision by the seller about whether the buyer is or is not an end consumer.

A  value-added tax (VAT)  is a  fee assessed against businesses at each step of the production and distribution process, usually whenever a product is resold or value is added to it.  A VAT is levied on the difference between the purchase cost of an asset and the price at which it can be sold. Producers and distributors typically pass the cost of the VAT on to the final consumer in the form of price increases. Tax is added to a product's price each time it changes hands until delivery to the customer takes place when the final tax is paid.  The value-added tax falls under the general category of a consumption tax, meaning taxes on what people buy rather than on their earnings, savings, or investments. VAT has also been

Referred to as a sort of national sales tax, though it functions very differently. Sales tax is imposed on the total retail price of the item sold, while VAT tax is imposed on the value added at each stage of production and distribution. And though more complicated than sales tax, value-added tax systems have more checks against tax fraud because the tax is assessed at more than one point in the distribution process.

It is a percentage-wise tax on the value added to a commodity or service as each constituent stage of its production and distribution is completed. VAT may be classified in three ways:

(I) on the basis of coverage of stages - throughout the production and distribution stages,  or confined to limited stages  - manufacturing plus wholesale, or wholesale plus retail;

(ii) On the basis of the method of calculation - tax credit method, subtraction

Method, and addition method; and

(iii) On the basis of tax treatment of final product capital goods such as machinery, equipment, and supplies - the consumption form, the income from, and the product variety. Thus the three broad types of VAT are the gross national product (GNP) type, income type, and consumption type. A consumption-type VAT is an indirect tax. An income type or a GNP type VAT might be considered as a direct tax but a commodity tax cannot be considered so. Consumption type VAT is also considered as an alternative form of 'sales tax'.

The process of assessing value-added tax occurs roughly as follows:

There are three types of value-added tax used around the world; each is different in the ways that taxes on investment (capital) expenditures are handled. The most common is the consumption method, which allows businesses to immediately deduct the full value of taxes paid on capital purchases. The second is the net income method, which allows the gradual deduction of VAT paid on capital purchases over a number of years, much like depreciation. The third type, gross national product method of value-added tax, provides no allowance for taxes paid on capital purchases. The name of this type of tax is derived from the fact that the tax base is approximately equal to private GNP. The consumption method is most favored among general populations because it most equally taxes income from labor and capital and promotes capital formation.

In theory, value-added tax systems with a uniform rate are neutral to all forms of productive input. However, countries across the world have had to modify the VAT system with multiple rates and exemptions to meet political, economic, and social needs. Most nations do not assess any tax on necessities such as food, medicine, and shelter. And because of the difficulty in computing value-added tax, professional services such as banking, accounting, and insurance are often exempt. The largest variation from uniform tax rates is the zero tax rates on exports. Since taxes will likely be assessed at a product's destination, many do not impose a tax on the final selling price of exports. To compensate, the VAT is applied to imported products. Hence, countries working together seek a more balanced trade.

By the method of collection, VAT can be accounts-based or invoice-based. Under the invoice method of collection, each seller charges the VAT rate on his output and passes the buyer a special invoice that indicates the amount of tax charged. Under the accounts based method, the tax is calculated on the value-added, which is measured as a difference between revenues and allowable purchases. Most countries today use the invoice method, the only exception being Japan, which uses the accounts method.  By the timing of collection, VAT (as well as accounting in general) can be either accrual or cash-based. Cash basis accounting is a very simple form of accounting. When a payment is received for the sale of goods or services, a deposit is made, and the revenue is recorded as of the date of the receipt of funds—no matter when the sale had been made. Cheques are written when funds are available to pay bills, and the expense is recorded as of the cheque date—regardless of when the expense had been incurred. While accrual is more complex than cash basis accounting, it provides much more information about the business. The accrual basis allows to match revenues to the expenses incurred in earning them, giving one more meaningful financial report.